Needing a tripod for your telescope? You might be wondering how to mount a telescope on a camera tripod. Tripods can be expensive and you have one for your camera already. So, maybe you could use this. Let’s look at that…

A decent tripod for a telescope can be expensive, so…

Can you use a camera tripod for a telescope?

You can fit a telescope to a camera tripod with a suitable adapter plate and head to which you can secure the scope. Most camera tripods will have a 1/4″ adapter plate into which you can screw a scope dovetail mount. However, you need a good solid tripod to carry the weight and take into account the axes of movement of the telescope if you want to use it for observing planets and the like.

With an adapter, I use my camera tripod with a set of binoculars, no worries.

All tripods have three legs, and this is what provides stability. Their purpose is to hold your instrument completely steady. That means zilch movement and vibration.

Not all tripods are alike, however. Camera tripods vary and so do telescope tripods.

The thing they do generally have in common is that they consist of a head, feet, legs, and a spreader.

The most versatile tripods are ones with removable heads, so you can mount an assortment of supports. The various types include ball heads, 3-way heads, cine heads, and several others.

Tripods can be expensive, and if you are using anything but a small refractor or kid’s telescope on a camera tripod you’ll probably have stability issues unless the tripod is of real sturdy construction. Similar flimsiness can apply to telescope tripods also. So straight off you want one that can handle the weight of the telescope.

And, of course, the sturdier construction, the weightier and bulkier will be the tripod, which makes for more difficulty in transporting the tripod around to observation sites.

Most camera tripods on the consumer market aren’t built to support a good-sized telescope. The movement and positioning of the telescope for astronomical use may place a lot of strain on the camera tripod.

As well, if you are going to use a telescope to observe planets, normally you’d want one with a mount compatible with tracking overhead sky objects.

The tripod head serves to securely attach your instrument so that the device can be moved, while on the tripod, to frame the view you wish to capture without vibration.

The traditional head is a 3-way, pan and tilt. With this you adjust the device on one axis at a time.

Three other types of common tripod heads for photography are the photo head, ball head (pistol head is a variation), and gimbal head.

The video head is easy to use, conveniently has a longer handle, and provides smoother movement. It has 2 axes so that you can move your instrument up and down and from side to side, which is a simple alt-azimuth found in telescope mounts for sky observations.

How do you attach a telescope to a tripod?

You can attach a telescope with a dovetail mount or saddle. These have 1/4 inch holes that you can screw onto the tripod head.

Have a look at the above telescope (image). The orange bar on the telescope is an example of a dovetail bar.

The problems with using a camera tripod with a telescope

The use of this set up can be awkward when pointing at the zenith.

In other words, a telescope looks upwards to sky objects.

With the scope mounted on top of the head as you would a camera, when you try to look upwards, the scope will fall back with increasing momentum.

You’ll have problems of poor stability and interference with magnification affecting clear views. You want a sturdy platform so you don’t have the ‘wobbles’ upsetting your view.

Tracking is another problem, difficult because you’ll need to increase the friction to counter the backward slipping of the scope.

You’ll need a counterweight solution if using a standard camera tripod with head.

Solutions for mounting a telescope on a camera tripod

One fix for mounting a telescope on a camera tripod is to use it sidesaddle. In this way, you mount the scope on the head plate that’s placed to the side (works with a 3-axis tilt pan head). Users adopting this set-up say there’s minimal need for upping the friction and the scope balances well enough without slippage.

Using a telescope on a camera tripod requires you to continually move the telescope along two axes, up-down and left-right, to keep up with the object you’re viewing. Although it’s a simple type of alt-azimuth tripod, looking skyward using a camera style head, can be tricky.

Telescope mounts for astronomy are generally either alt-azimuth or equatorial.

An alt-azimuth provides motion of up and down and left to right for the instrument’s altitude and azimuth, respectively.

An equatorial mount differs to an alt-az mount in that one axis tilts to the latitude while the other is parallel to the celestial equator (a projection of Earth’s equator onto the celestial sphere). As I mentioned in my beginners guide to stargazing, an equatorial mount allows the telescope to follow a particular object with the Earth’s rotation.

And then there is the Go-To computerized system that can drive either of these mounts to automatically find and track your sky object. I cover popular brands of these systems in my article on telescopes for planet viewing.

The idea of using a camera tripod to mount a telescope rather than buying an extra one makes sense where you want to save extra costs and the space required for storing two tripods.

Camera tripods are useful, but they are not the ideal for astronomic observations without some modifications if you plan to use a decent telescope.

It is doable. But, the cost or effort of adapting a camera tripod might see some opting for a compatible telescope tripod instead.

Not sure what telescope to buy? Confused about refractors vs reflectors telescopes. This article will help. It sets out the main differences and the pros and cons for you to…

Celestron is a well-known telescope brand and if you happen to have one you’ll want to keep it at its best. To maintain its performance, you may need to collimate…

Are you wanting a good beginner telescope for planet viewing? Many amateurs, like the best Dobsonian telescope reviews, recommend Dobsonians. Why a Dobsonian? There are a few reasons, one being…

Not sure what telescope to buy? Confused about refractors vs reflectors telescopes. This article will help. It sets out the main differences and the pros and cons for you to…

Imajnearth.com is where you'll find info about tech for capturing views of Earth and sky from afar. We do the research to find you the information you need to help you in choosing astronomy telescopes and binoculars, drones, and other gear for remote nature viewing. 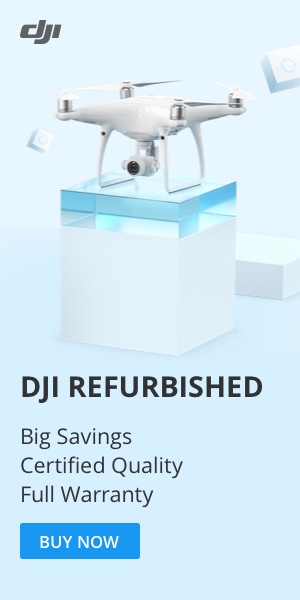